40 YEARS OF HISTORY AT THE CMJ

Dating back to 1979, the Company of Master Jewellers (CMJ) has a rich history. Starting as a group of retailers investing in a small print run in the backs of magazines, we are now the largest jewellery and watch buying group in the UK and Ireland.

The Company of Master Jewellers buying group was officially established in 1980. Since then, we have seen many changes in the industry, but our focus and strategy remain the same and we continue to be a buying group made up of independent retailers and approved suppliers with our members’ best interests and needs central to everything we do. Today we nurture independent retail, offering our members a support network of like-minded businesses. Our members have access to a wide range of exclusive benefits that are financial, practical and inspirational. 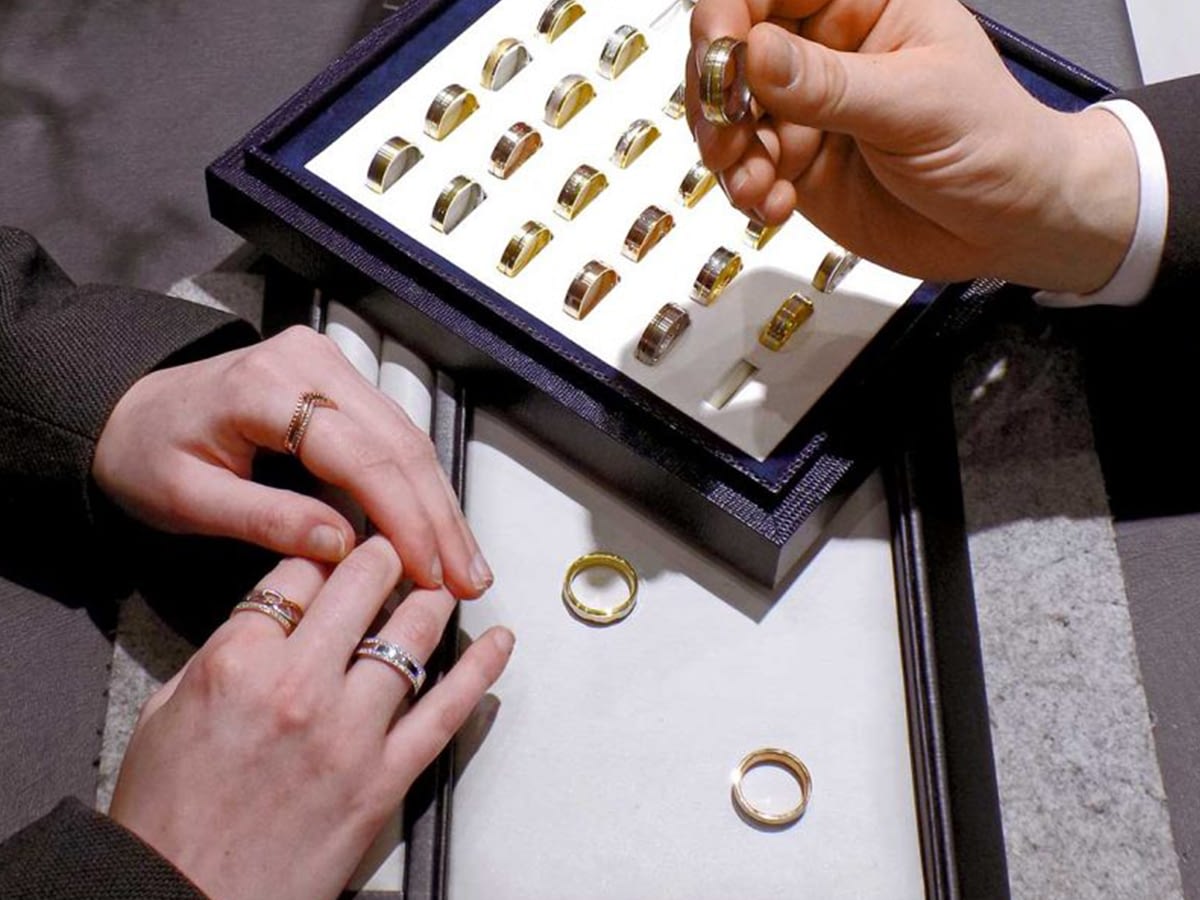 A small group of jewellery retailers decided to combine its efforts (and finances) amid a struggle to achieve real traction and growth in the jewellery and watch market, collectively investing in a small print run of public mail order ads displayed in the backs of magazines. 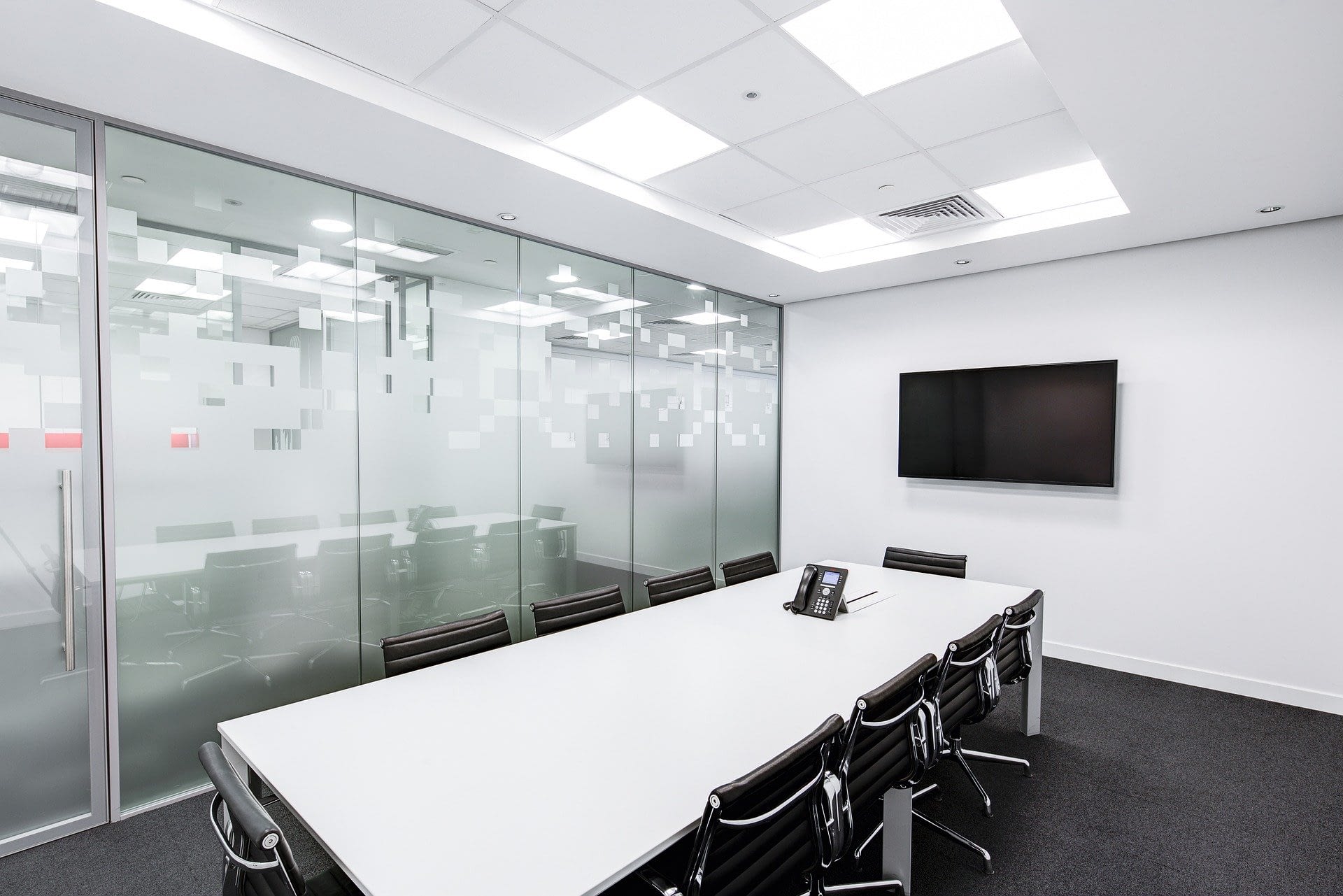 On 14 October 1980, the first official Board meeting was held at Paddington Great Western Royal Hotel. The Board was made up of the following retailers, who are still CMJ members today: A Ainsworth, Allum and Sidway, TH Baker, Bramwells and Godshaws. 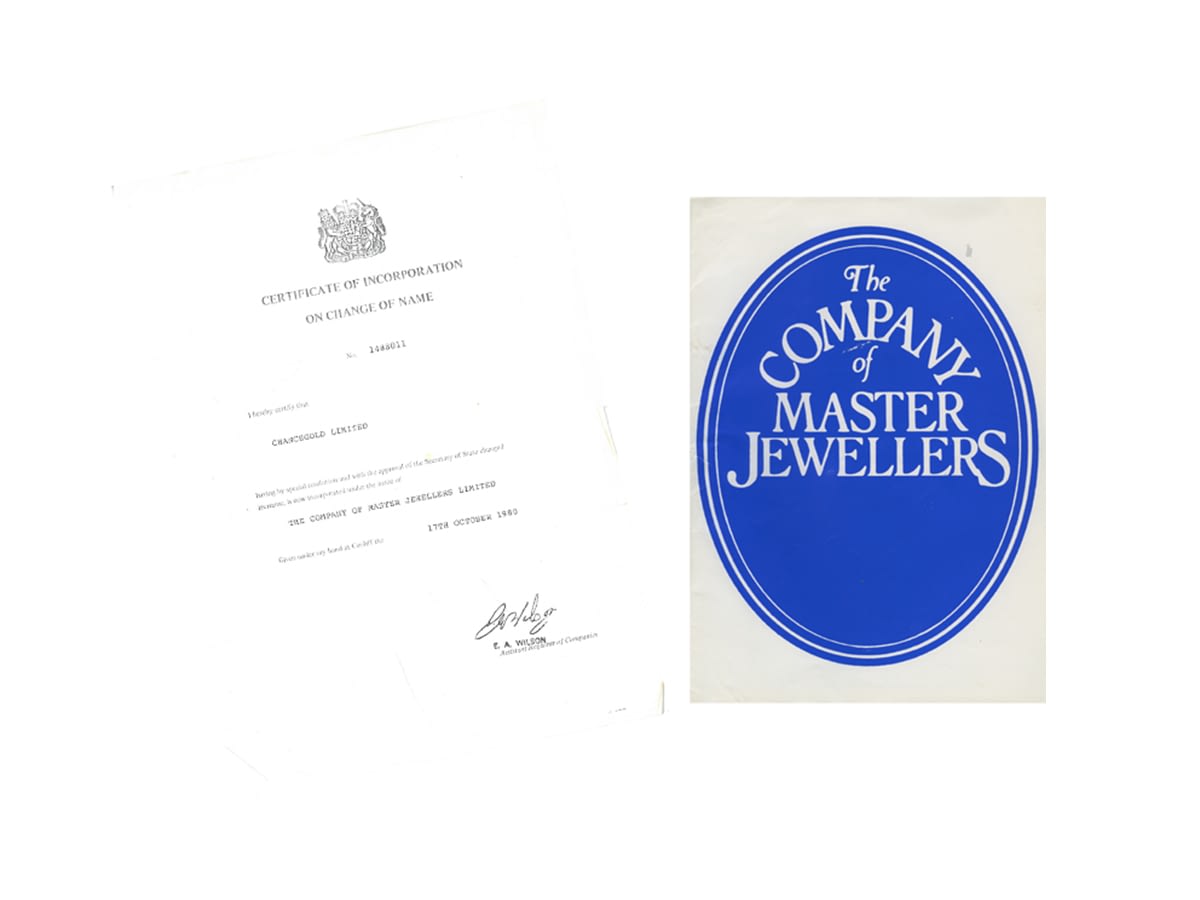 This same group called a meeting of local retailers and suppliers with a view of forming a buying group in order to receive orders at preferential, “bulk buy” prices. On 17 October 1980, this group became known as the Company of Master Jewellers. 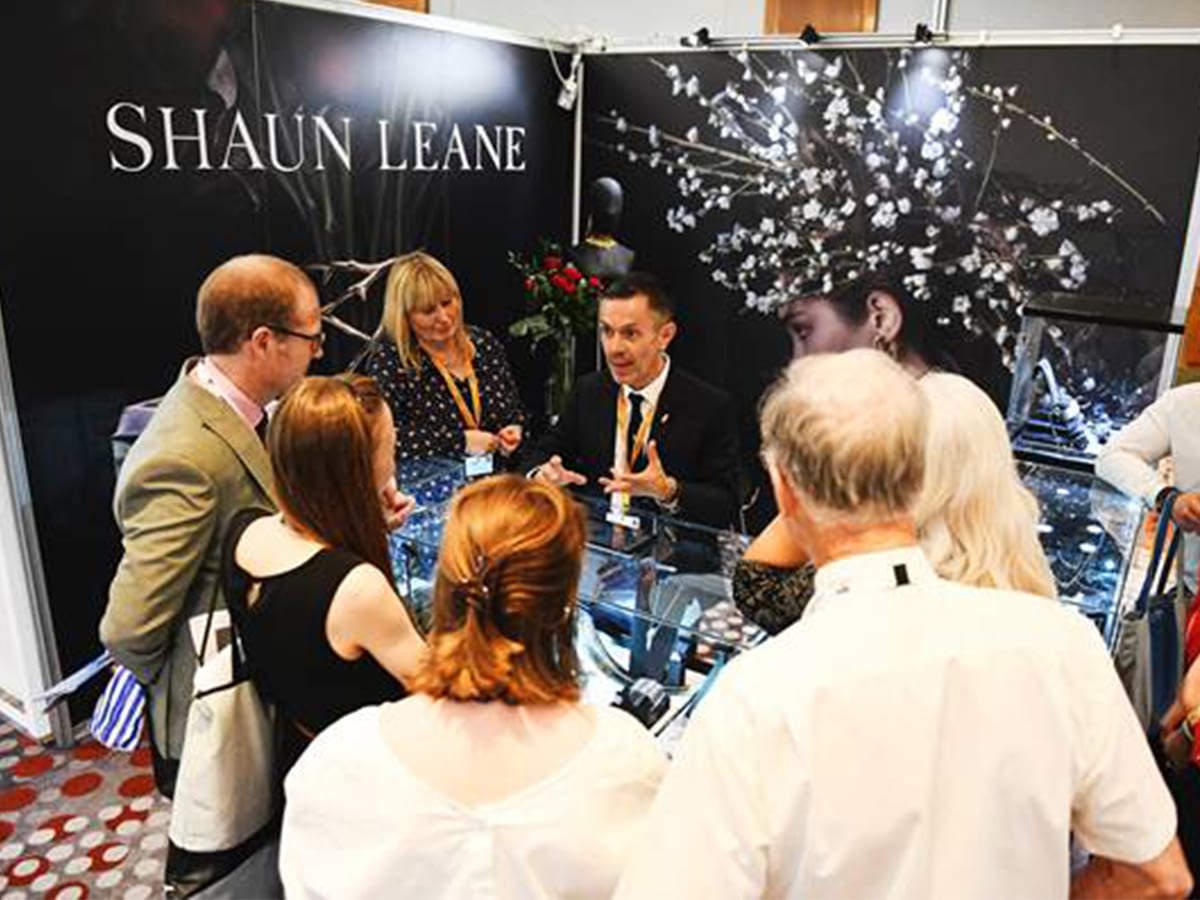 From 31 May to 2 June 1981, we held our first buying meeting. To this day, we hold two-day Trade Events twice a year where suppliers can launch their latest collections to our retailer members in an exclusive environment. 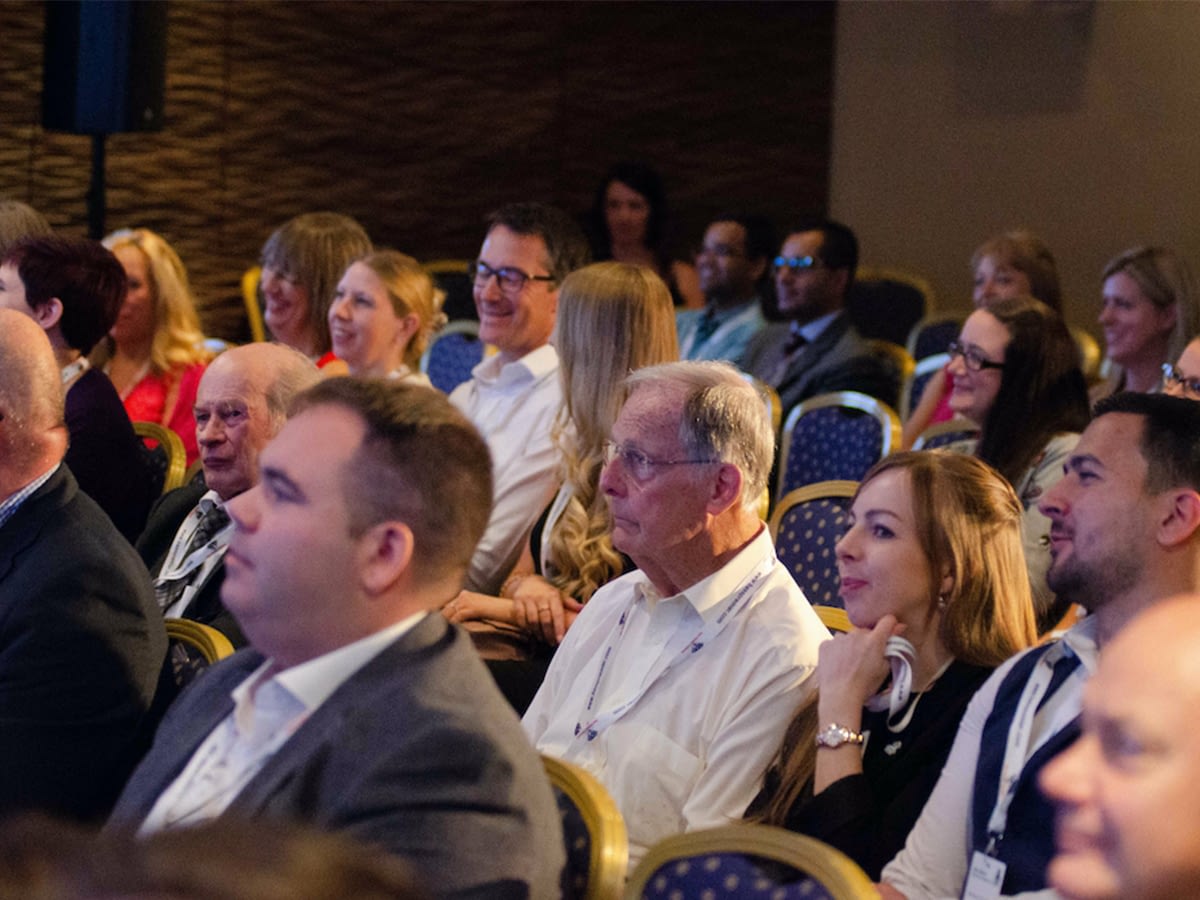 On 1 February 1982, our first company AGM was held at the Falcon Hotel in Stratford-Upon-Avon, with 25 retailers present. 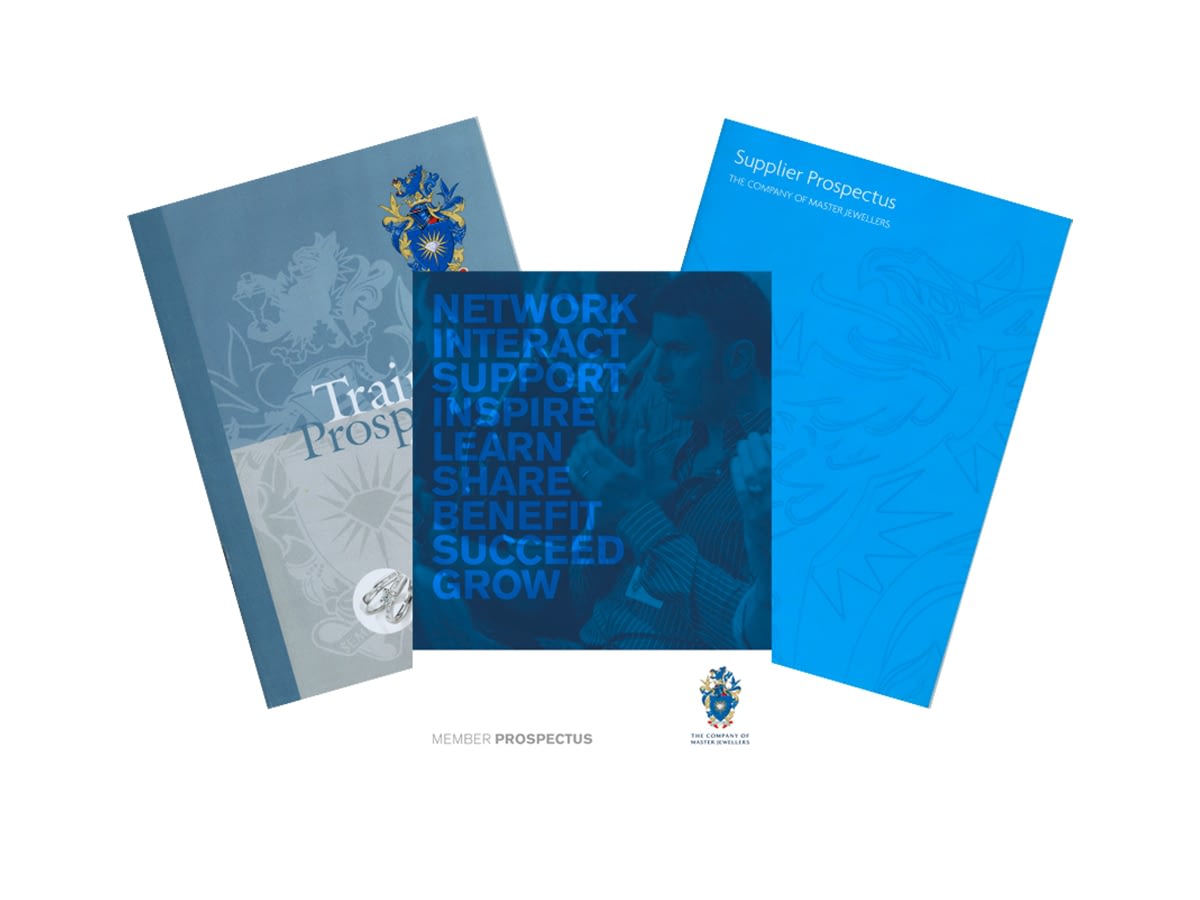 Keen to expand further, the now 40-strong group of members created and distributed a promotional flyer, explaining the various benefits of becoming a member of this buying group. 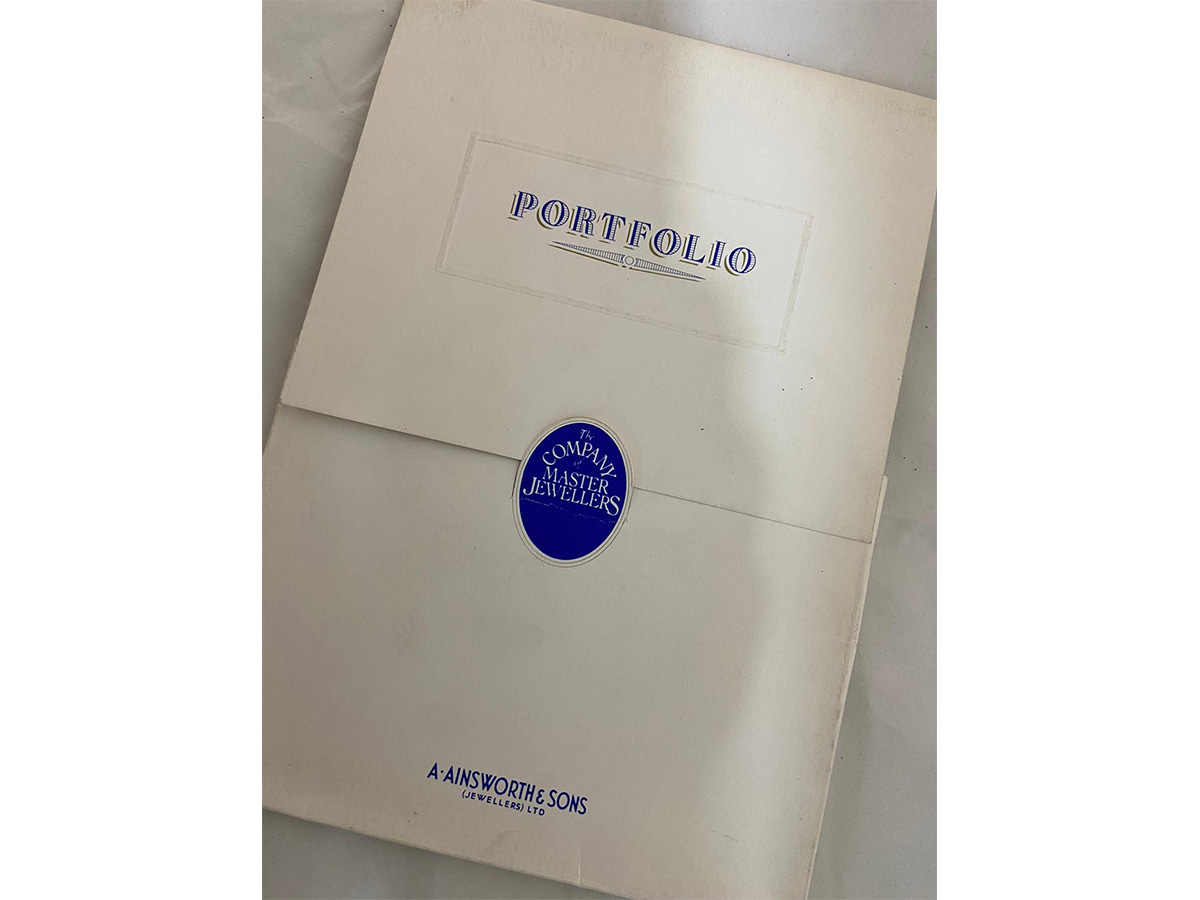 Our first CMJ Christmas catalogue (The Portfolio) was launched to our retail members. 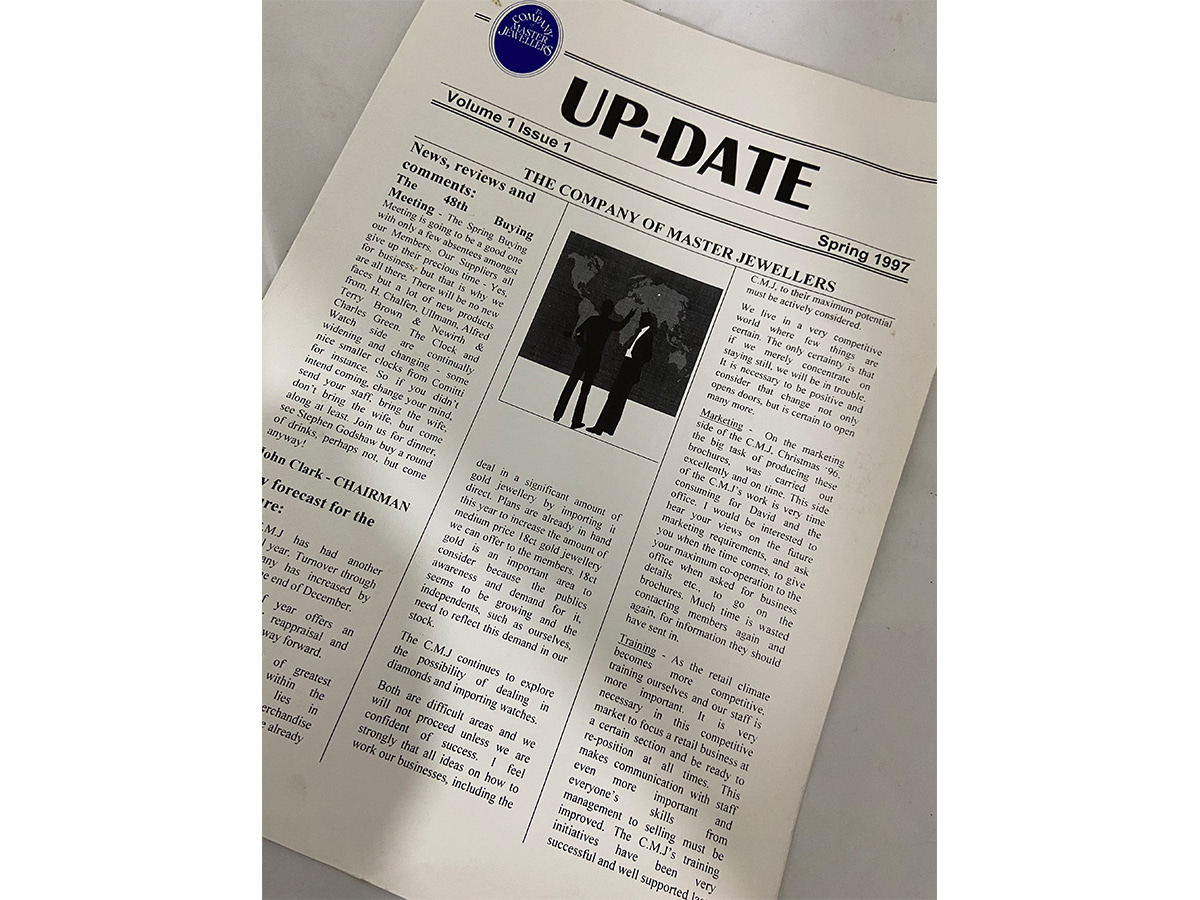 The first incarnation of a Company of Master Jewellers membership publication was released in spring 1997. It was an A3 sheet of paper folded in half, called Up-Date. 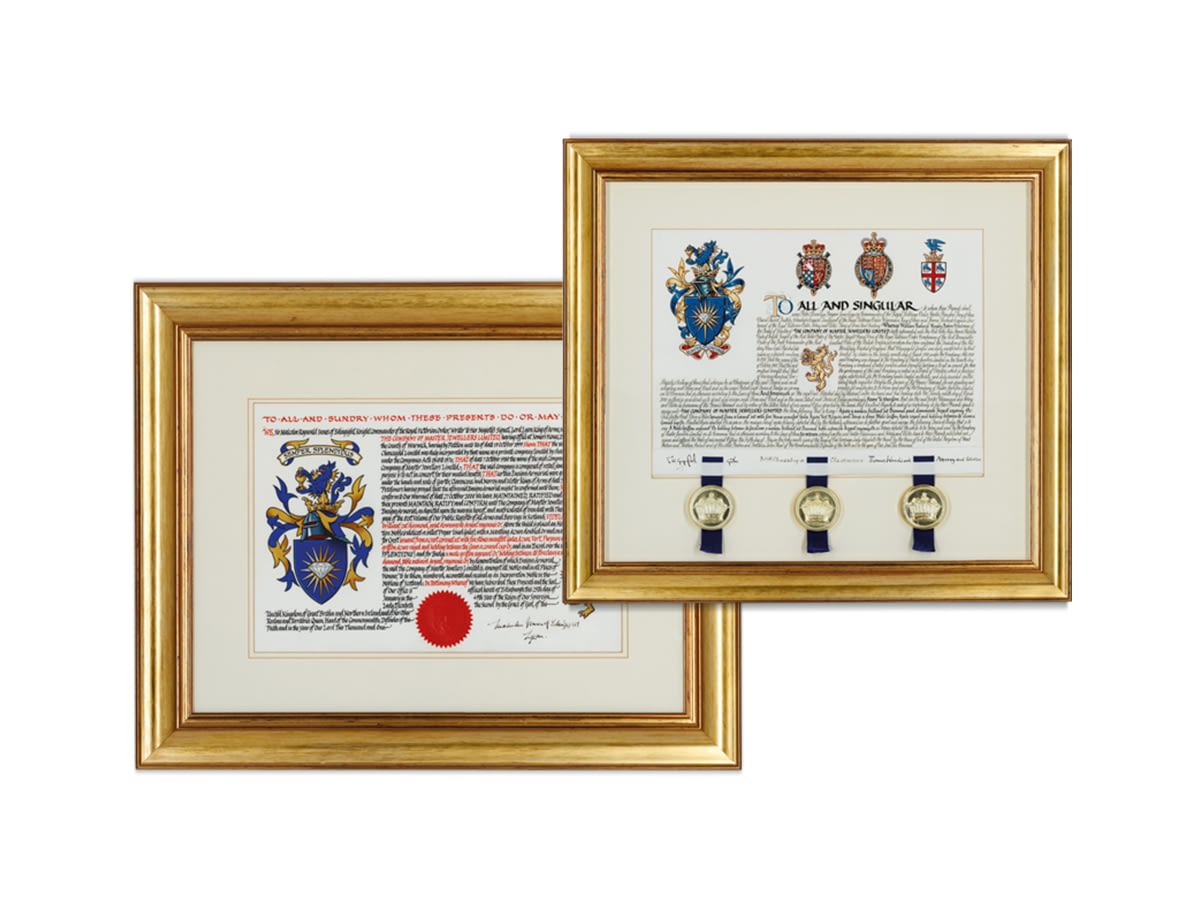 The Chairman of the CMJ Board of Directors applied for a Coat of Arms to be granted to the organisation. Featuring a brilliant-cut diamond on the shield, and a griffon holding a gold cup, the Coat of Arms bears the motto “Semper splendidus”, meaning “always splendid”. 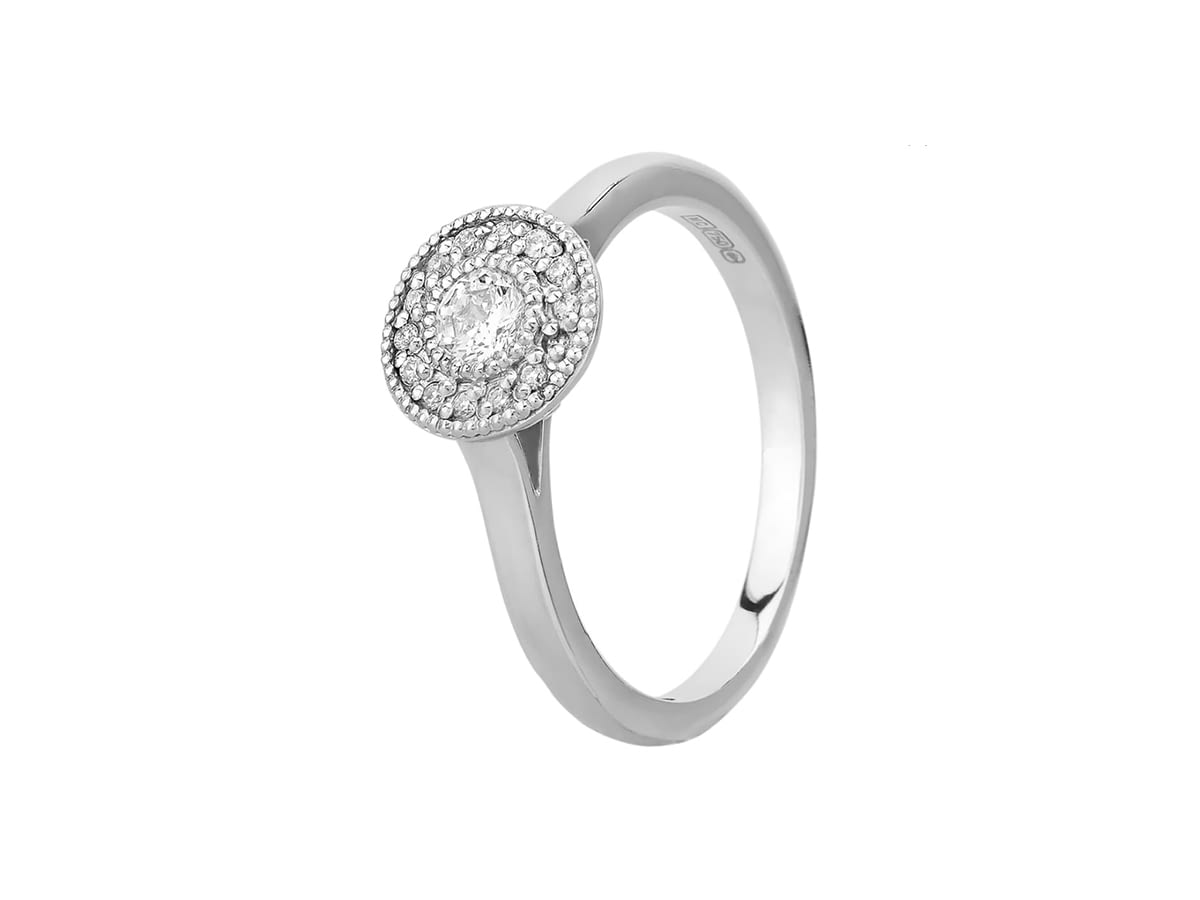 In August 2004, we launched a signature diamond cut, called Mastercut, which was exclusively available to CMJ retailers in the UK. 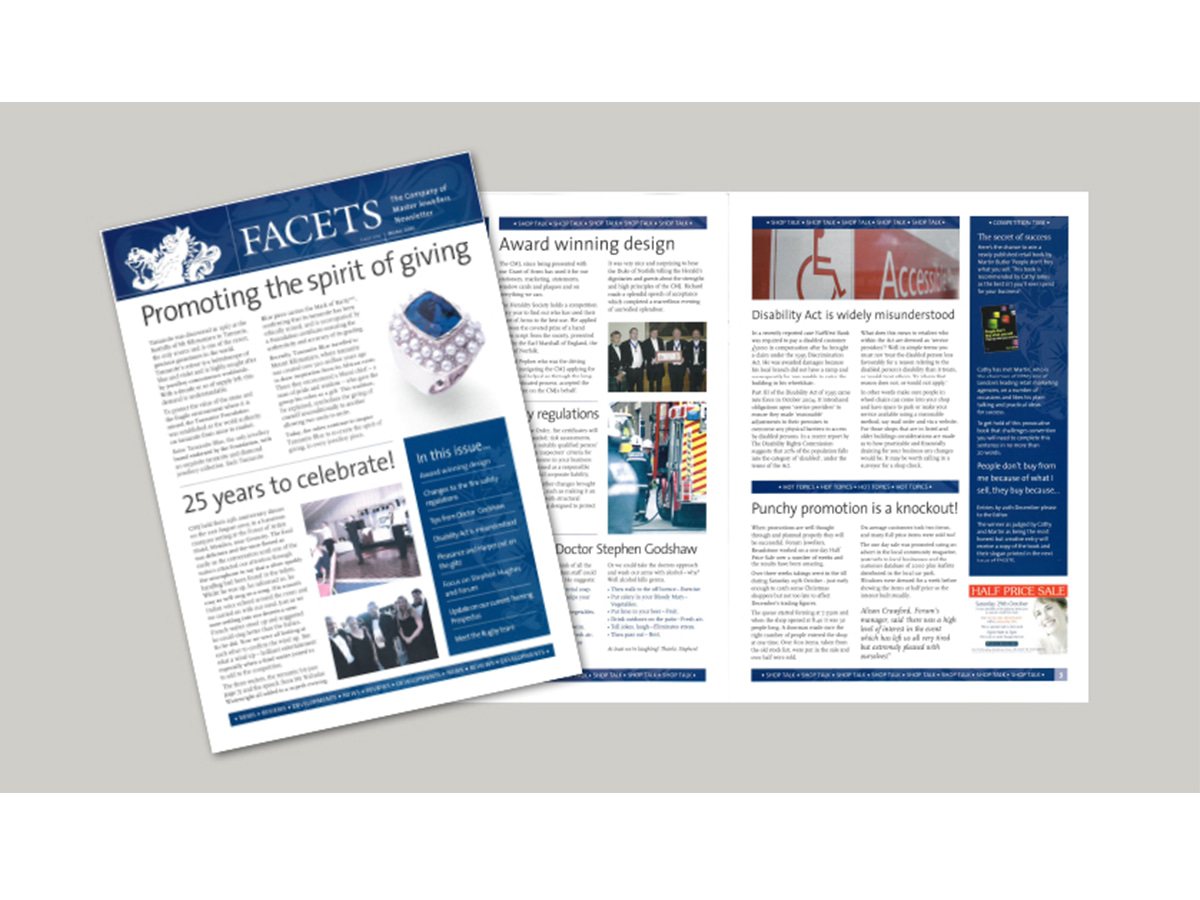 Up-Date evolved into something much more comprehensive as the first issue of the CMJ’s now well-known Facets membership publication was released in the form of a standalone newsletter. Today we still communicate all the latest news from the group via Facets magazine. 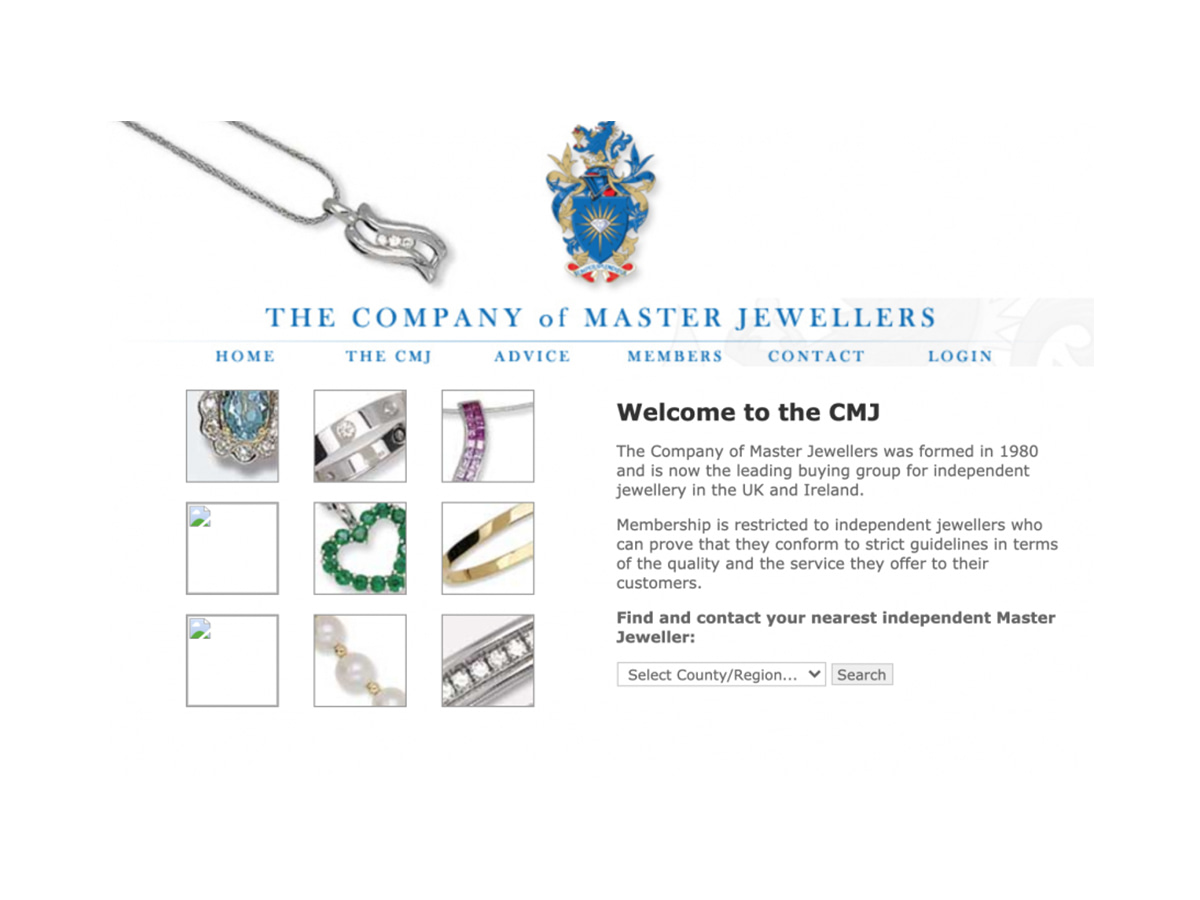 We launched our first website in 2006. Today our website has evolved into an informative place for both existing and prospective members. The CMJ members area hosts exclusive content including webinars, free marketing material to download and “how to” guides, as well as supplier resources for retailers such as training materials, brand literature and social media assets. 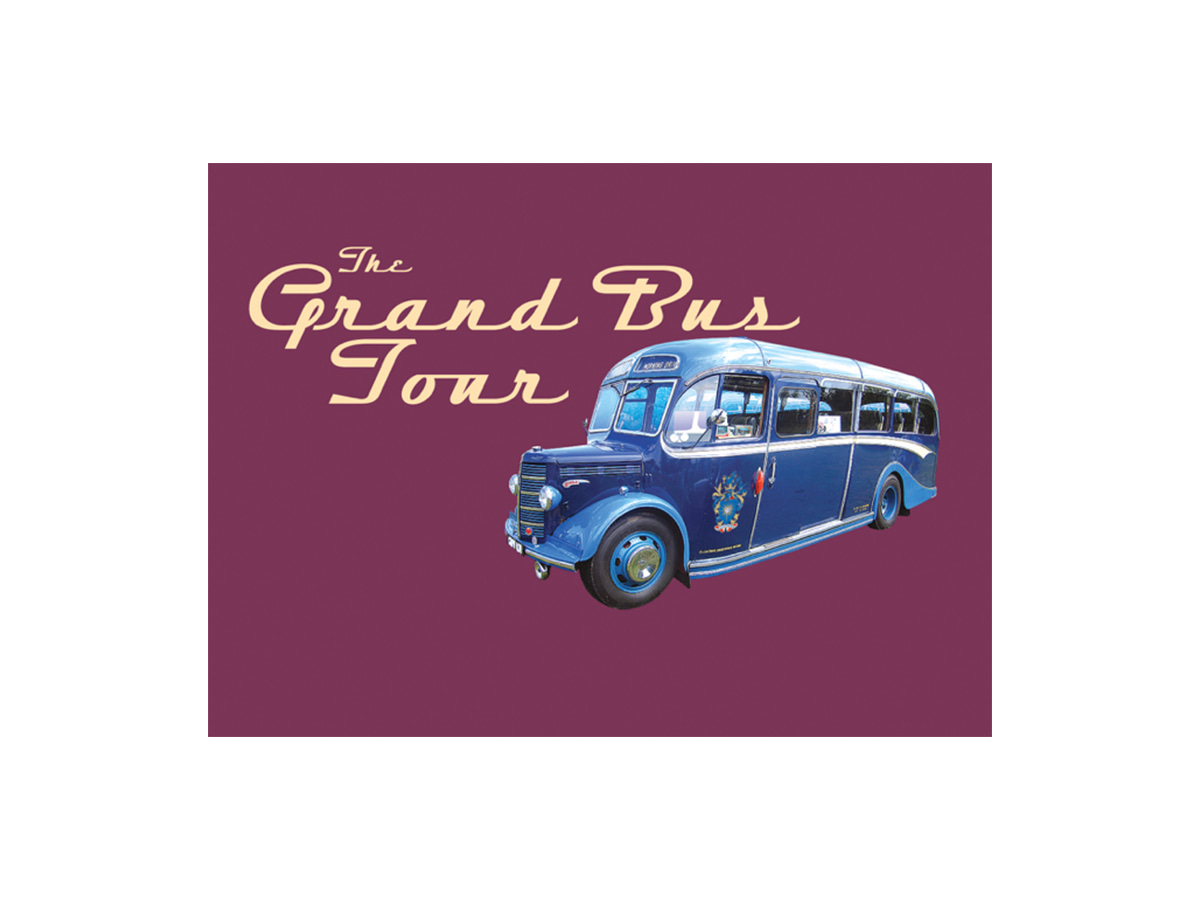 We hosted our first Grand Bus Tour, which invited a group of CMJ retailers on a bus tour visiting fellow members Tustains, Salloways, TH Baker, Francis and Gaye, WH Peplow and Terence Lett Jewellers. The events have since been known as Quest Tours and are now free of charge Growth & Learning Network meetings, where our members embark on team-building activities and retail tours as well as networking opportunities with their peers and fellow members. 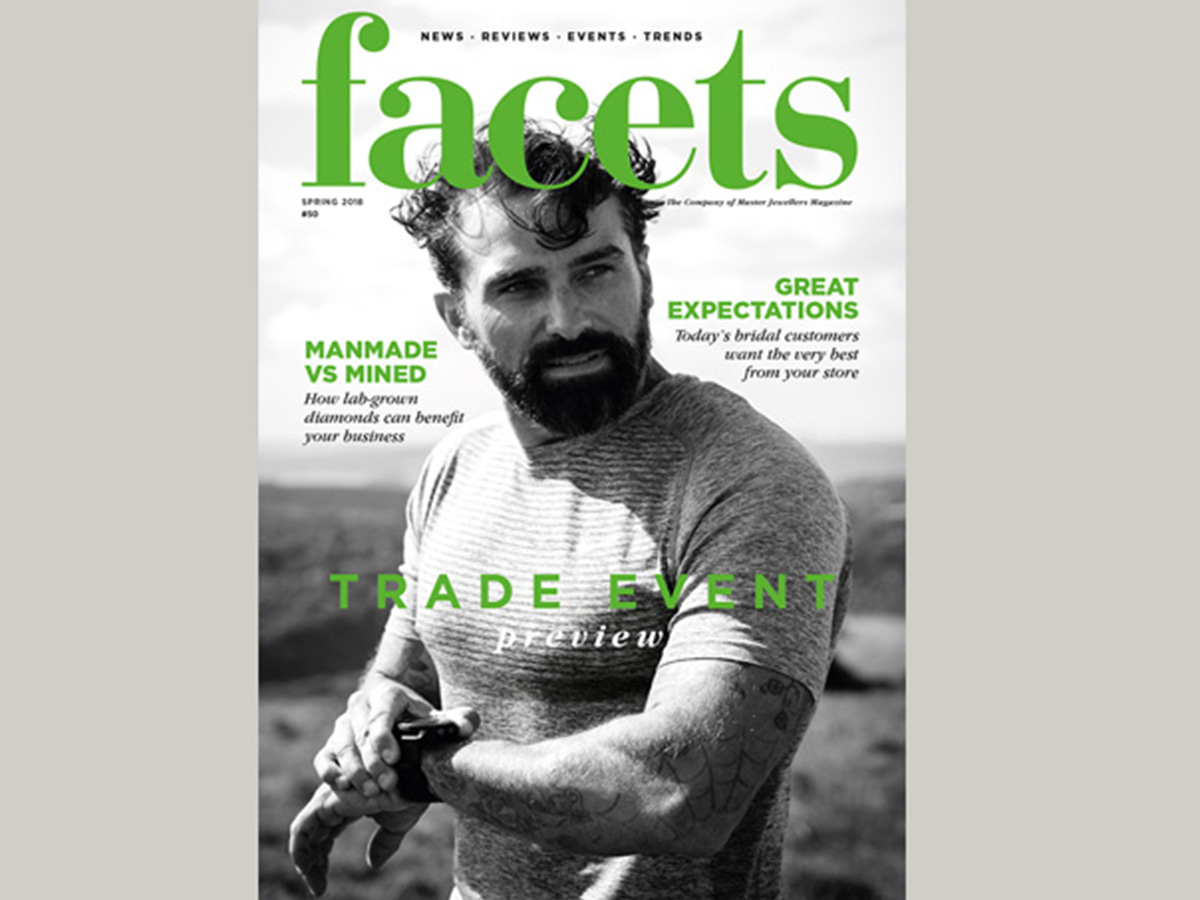 The very first issue of Facets magazine – no longer in newsletter format – was published, from here on becoming established as a quarterly, now bi-annual, publication. It is sent out free of charge to all CMJ members and features industry insight, trading updates and offers and news from members. 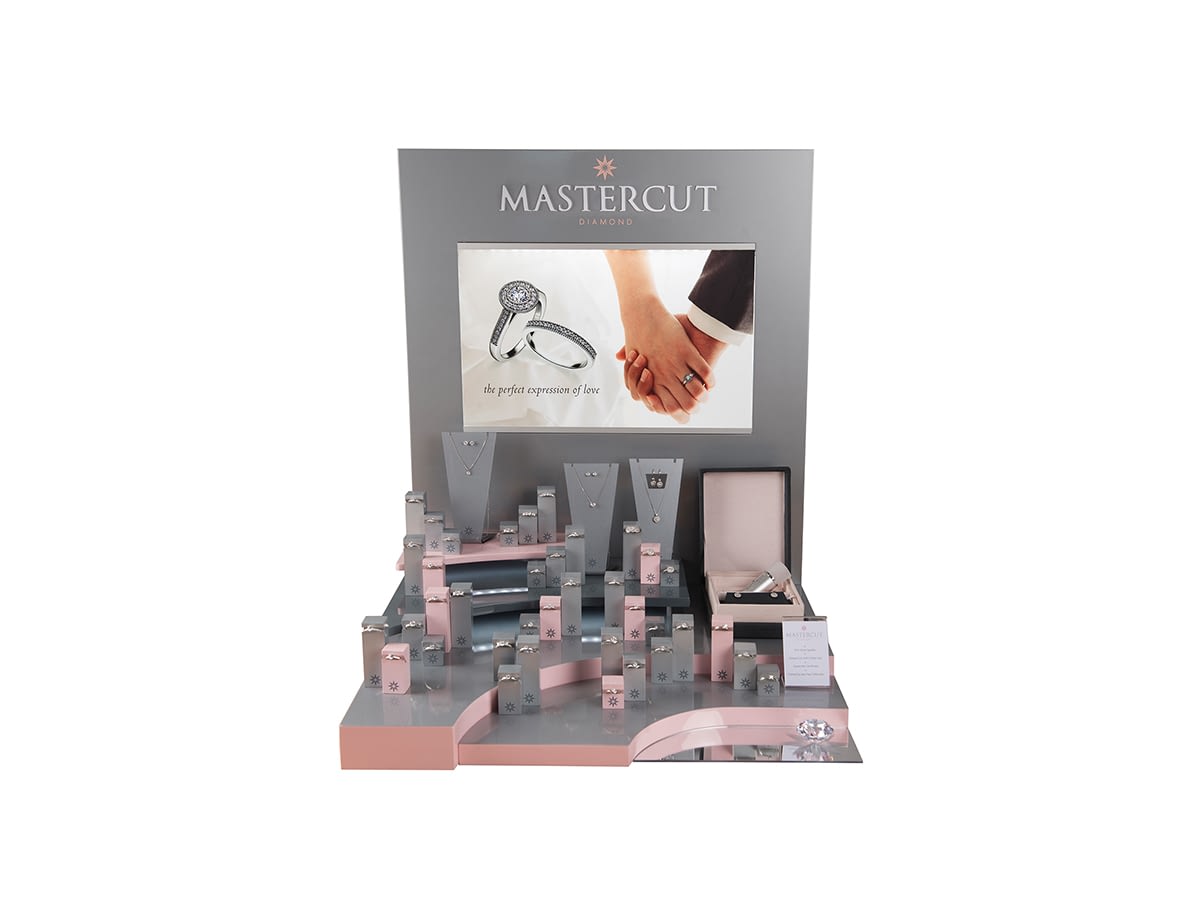 In August, we held our Autumn buying meeting at the Tower of London and relaunched our exclusive Mastercut diamond brand with master diamond cutter Jean-Paul Tolkowsky. 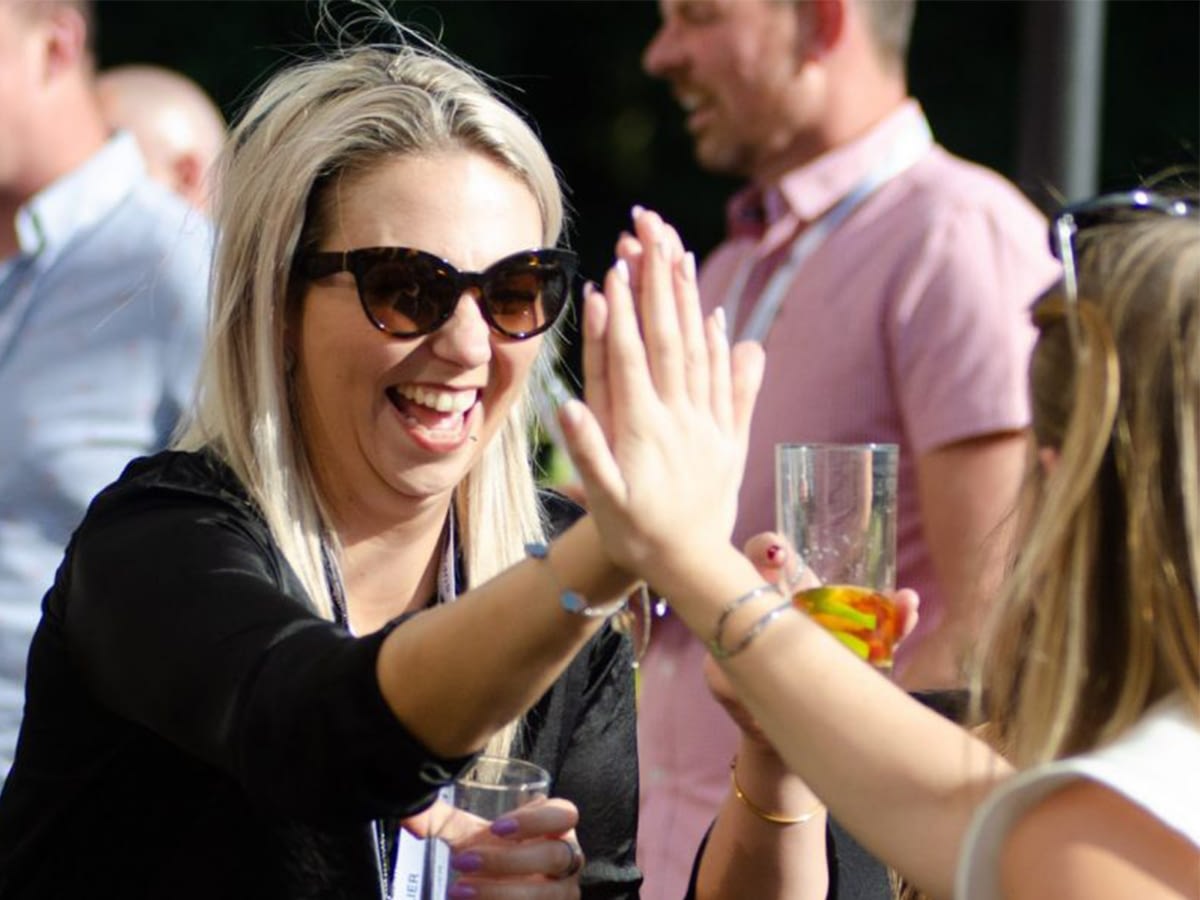 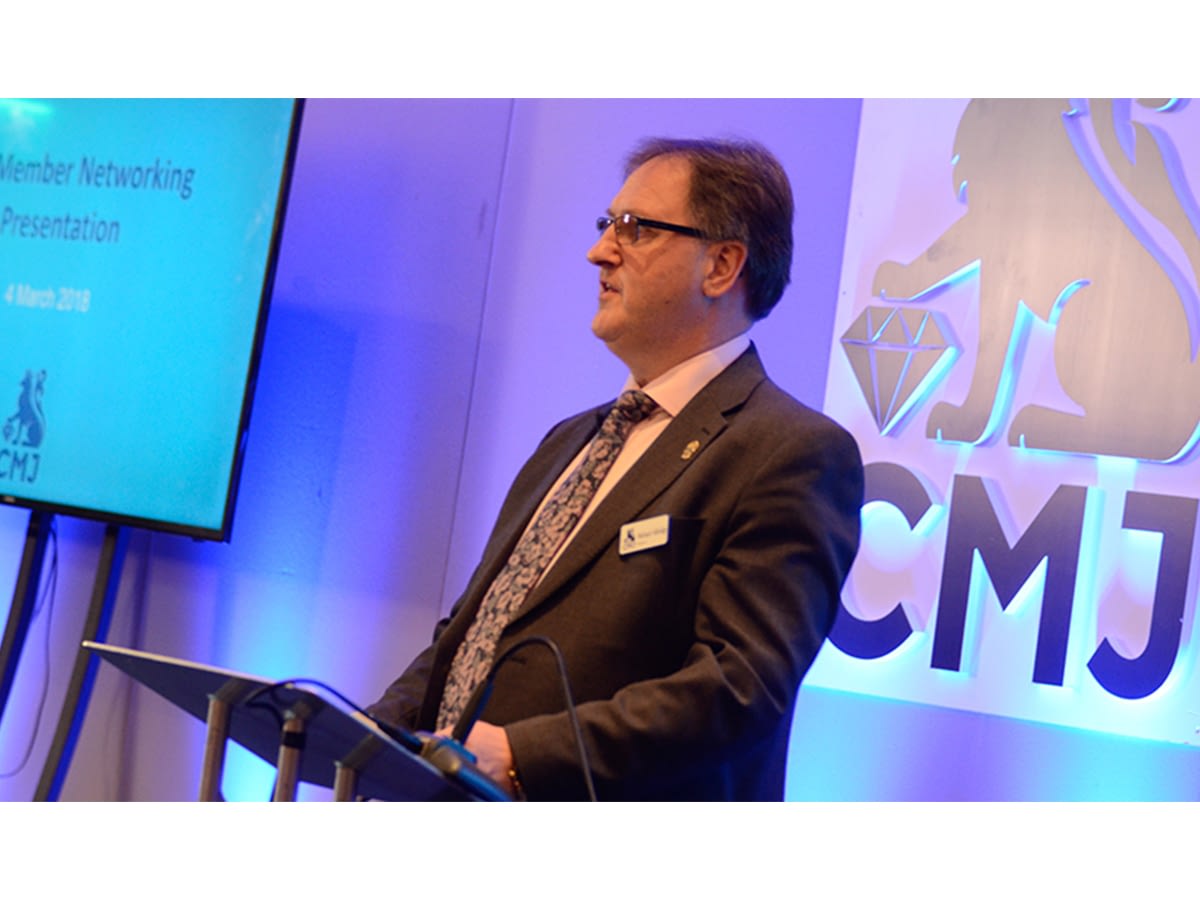 Newly appointed CMJ Chairman Michael Aldridge unveiled our new business strategy moving forward to refocus the business on the needs of its members, returning to its roots as a buying group. 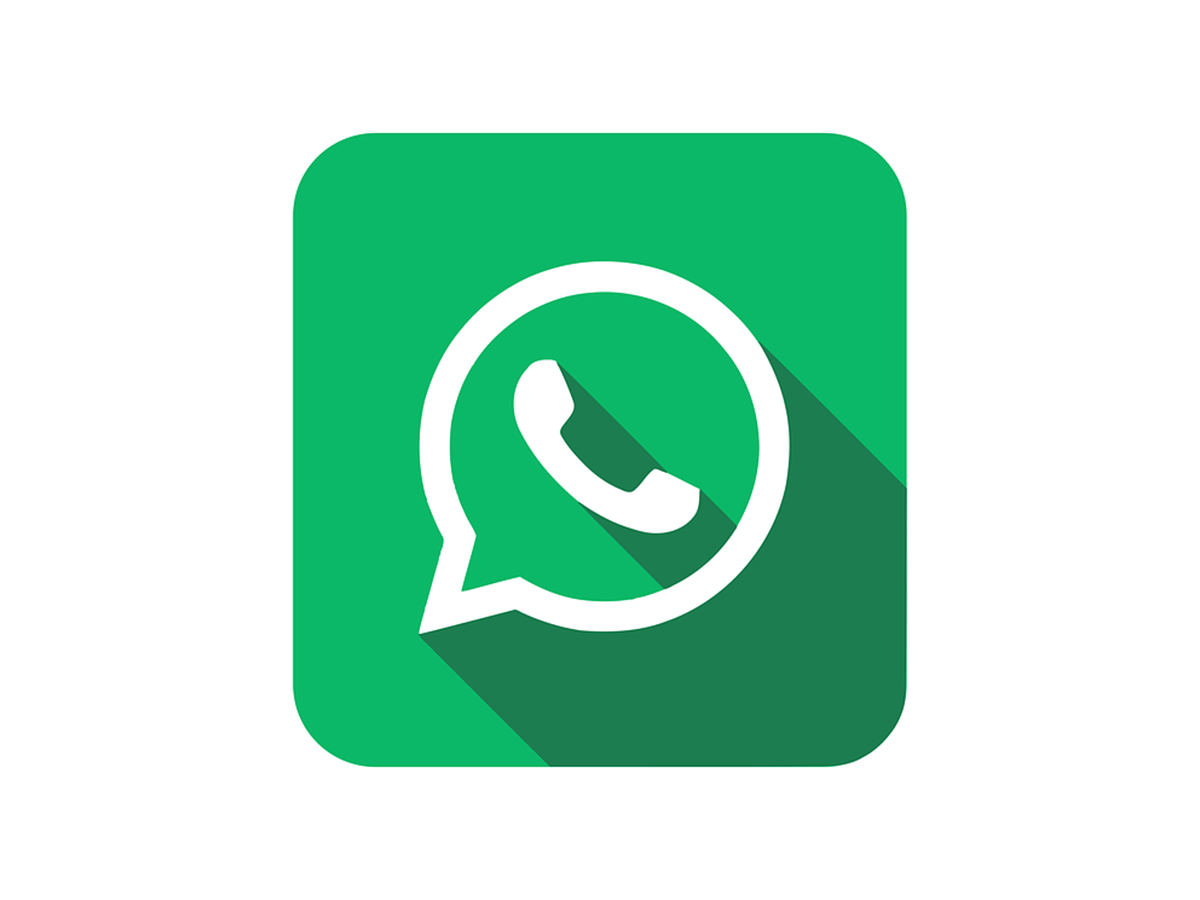 In 2019, we set up retailer and supplier WhatsApp groups with the aim of bringing peers together to chat and offer advice. 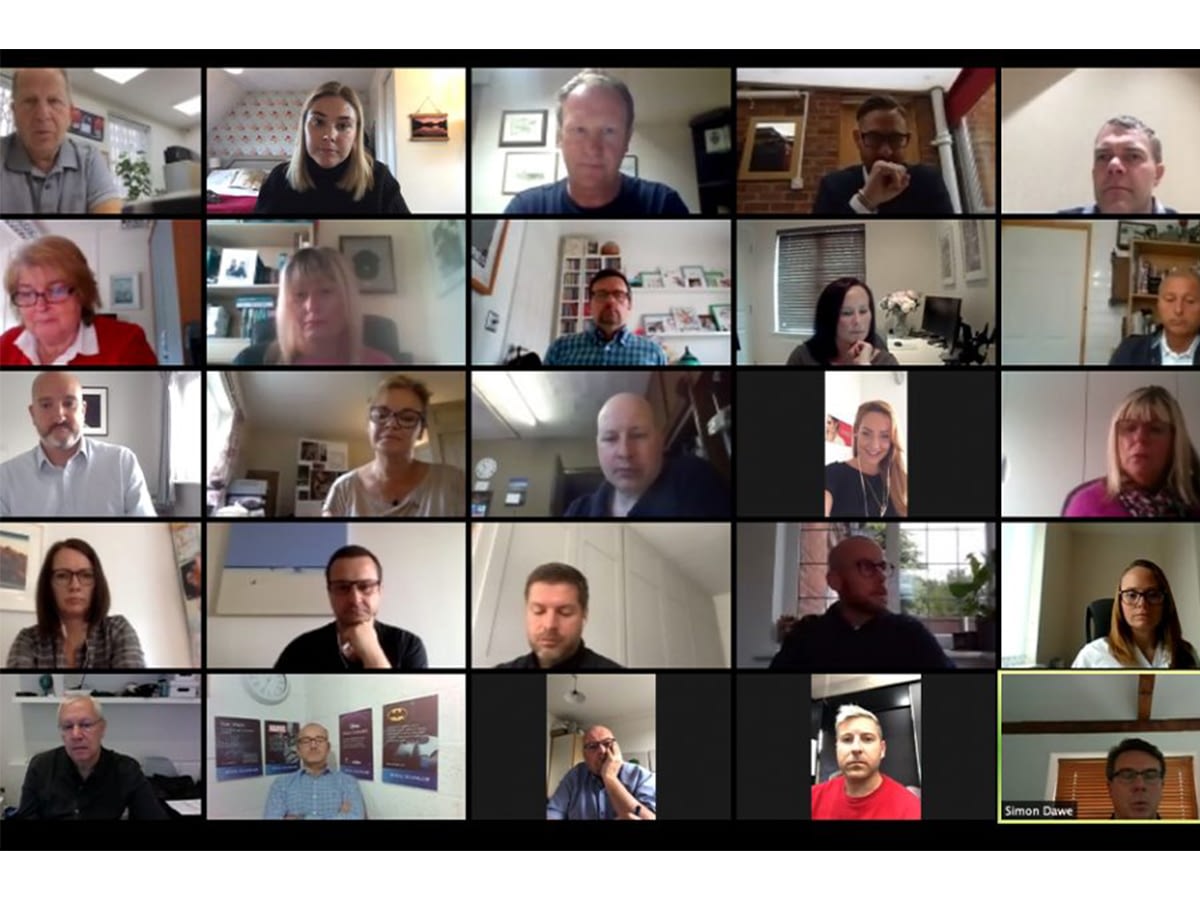 Due to the Covid-19 pandemic, trade was brought to a stop and the country went into lockdown. During lockdown, the CMJ supported its membership by launching weekly virtual Growth & Learning Network meetings, brought forward and doubled our retrospective payment for members and suspended membership fees. We also launched a comprehensive webinar programme and sent out regular government advice and support to all of our members throughout the pandemic. Peter Fry from member A Simmonds said: “The CMJ is to be commended for trying to help us from a distance.” 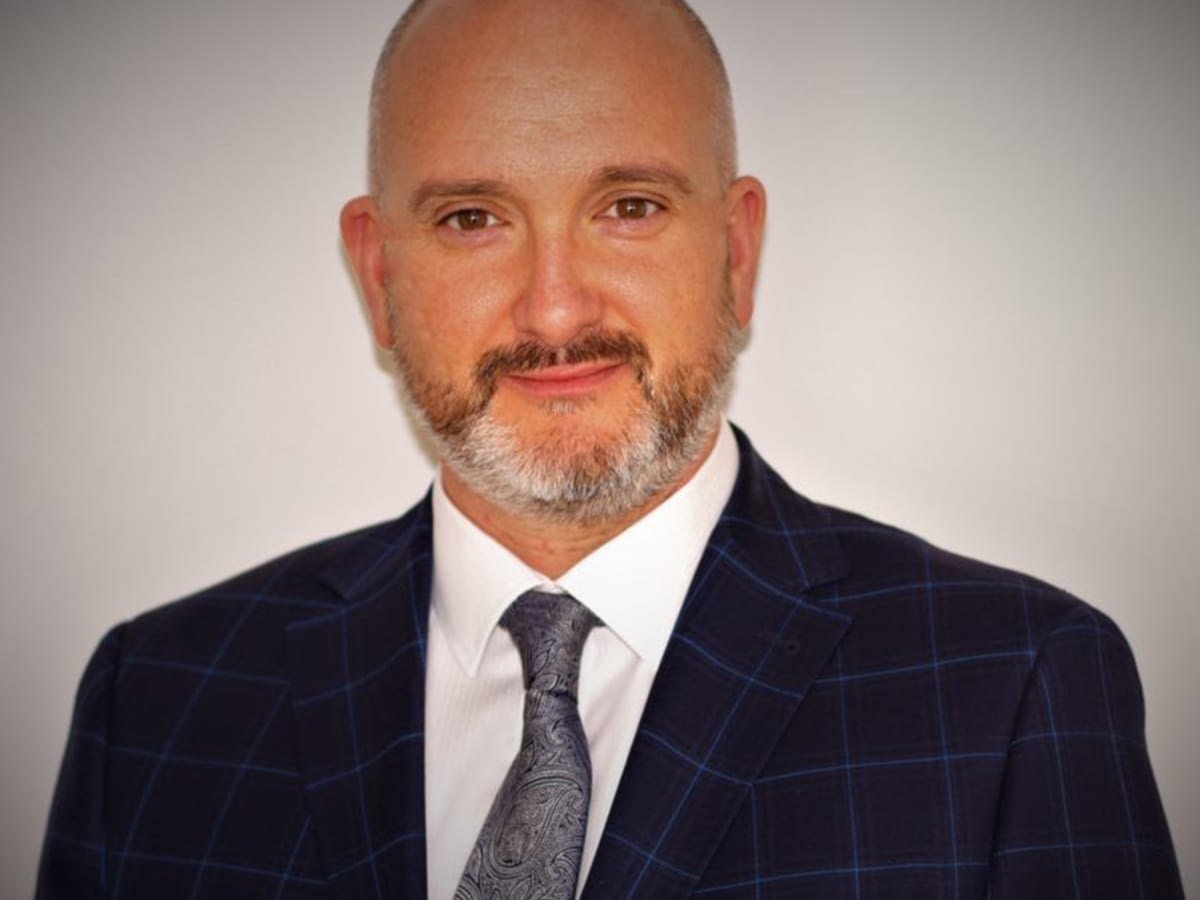 Newly appointed Managing Director, Emmet Cummins, joined the CMJ in April 2020. Emmet said: “Having been in the industry for nearly 10 years, I have always admired what the independent jewellery market has to offer. I firmly believe it deserves its place on the high street and I will focus on enabling the membership to successfully develop and grow their businesses.” 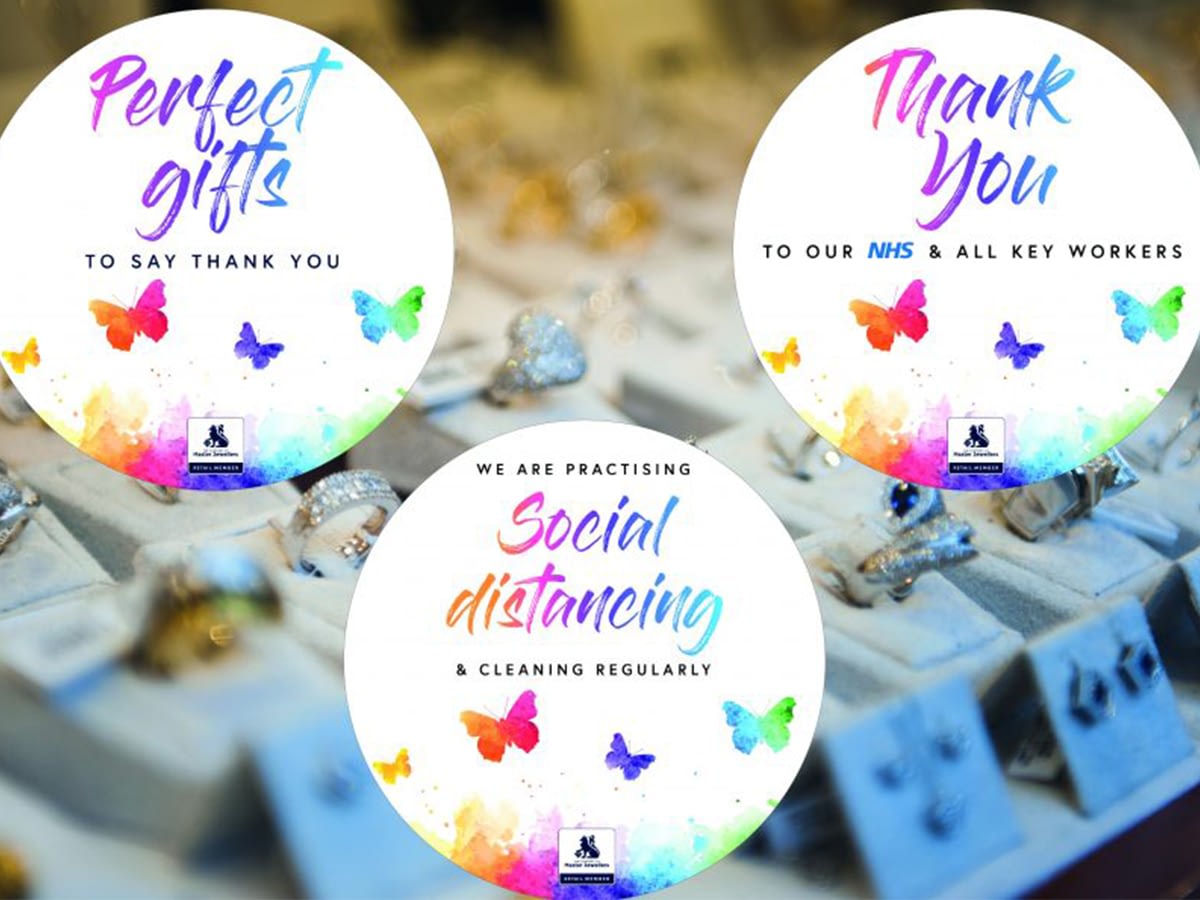 As shops began to reopen post-lockdown of the pandemic, the CMJ wrote and distributed a return to work manual and created a comprehensive PPE menu for all of its members so that they reopened with confidence. CMJ retailers were provided with post-lockdown POS and decals for their stores. Following the many and varied changes in legislation, and the new HR challenges facing the industry, e.g. furloughing, return to work, flexible working, redundancies, the CMJ put together a robust and practical HR package for our members. 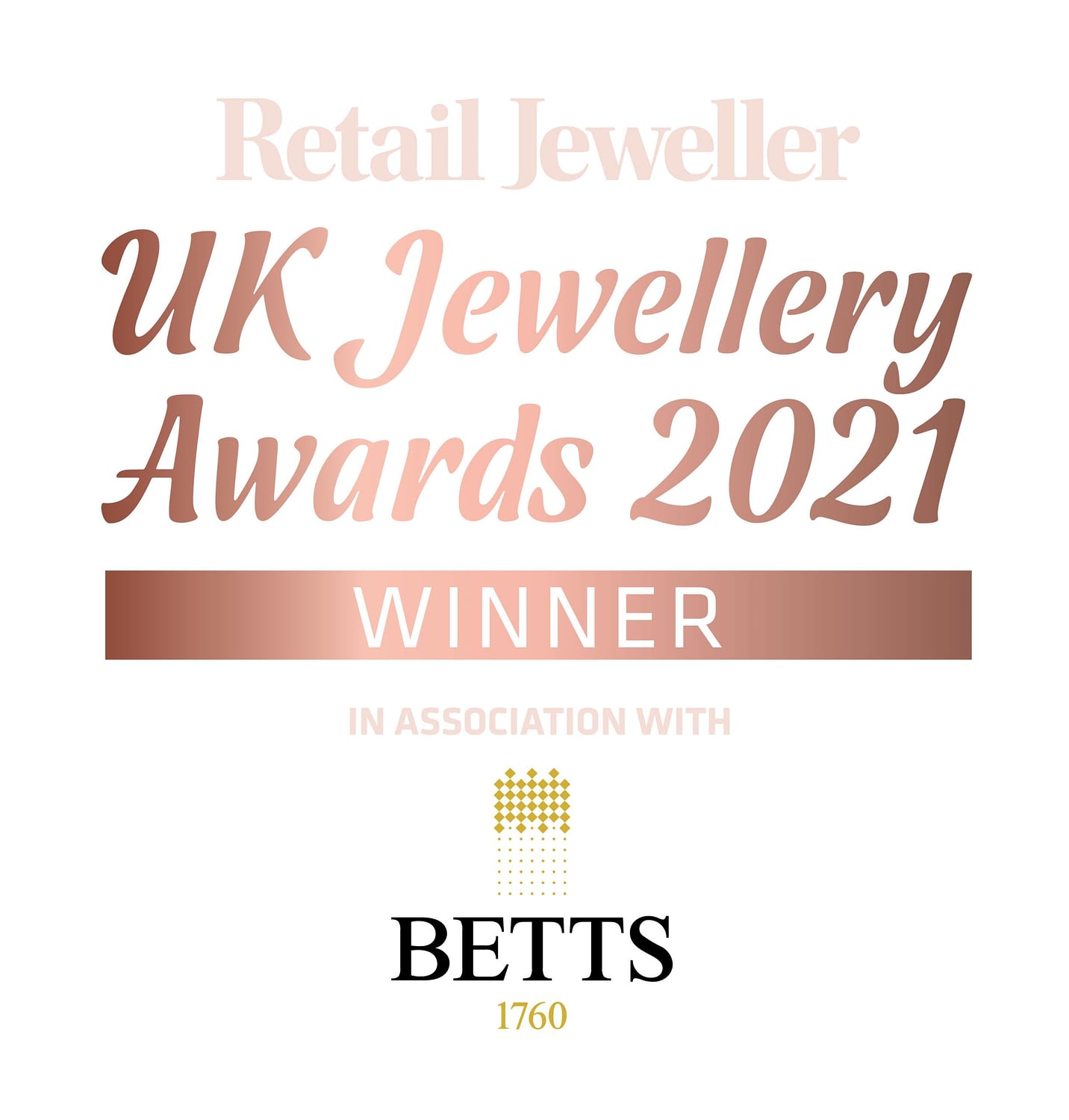 In September 2021, the CMJ won the Service Supplier of the Year award at the industry’s prestigious UK Jewellery Awards, being praised by the expert judging panel for “providing unrivalled support throughout the pandemic and consistently going above and beyond”.