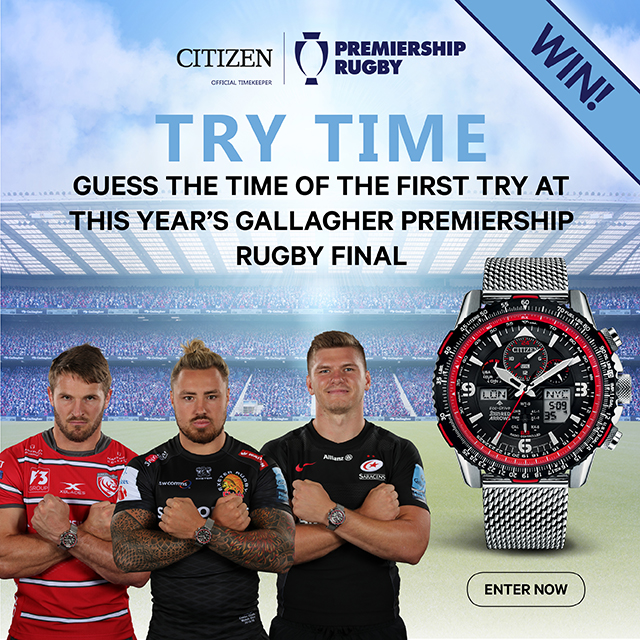 Citizen Watch UK, the Official Timekeeper of Premiership Rugby, is launching a campaign to celebrate the countdown week to the final which will feature the Citizen Limited Edition Red Arrows Skyhawk A.T and photography of Premiership Rugby players wearing the watch.

The campaign will take place across citizenwatch.co.uk, premiershiprugby.com and social media channels as well as featuring on the 12 Premiership Rugby Club websites’. The Limited Edition Red Arrows Skyhawk A.T will also be advertised in the stadium and Final Match Day programme.

During the Final live game one spectator in the crowd will be picked at random and shown on the big screen; they’ll receive a Citizen watch.